Farr 40 season kicks off with Midwinter Championship off San Diego

Alex Roepers doesn't like to dwell in the past. However, when prompted, the New York businessman will talk about the magical run he and the crew aboard Plenty enjoyed during the 2014 Farr 40 International Circuit.

"It really was an incredible season. It was the function of many years of piecing together all the elements that go into being consistently successful on the race course," Roepers said.

Plenty took first place in three of five events to capture the circuit crown then capped the campaign by securing the Rolex Farr 40 World Championship as well. One might think that would be awfully satisfying for Roepers, who had never won a regatta in seven previous seasons in the prestigious Farr 40 class. To the contrary, the thrill of victory only made Roepers and the Plenty team hungry for more. 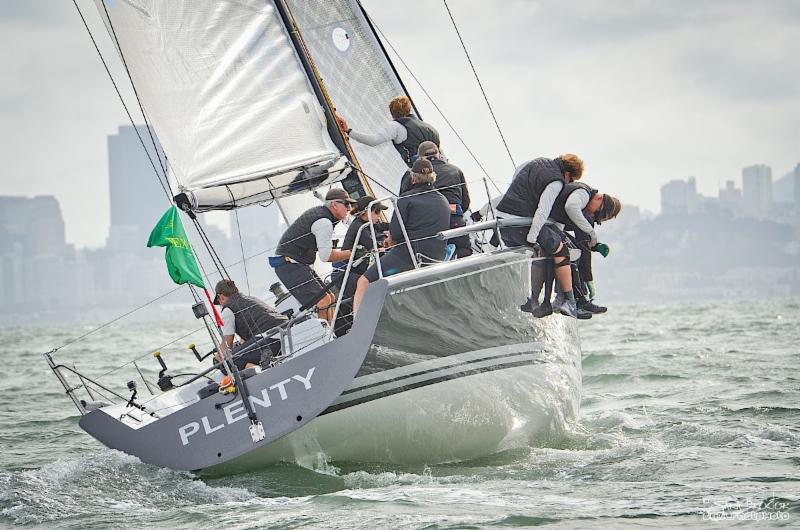 "You're only as good as your last regatta. This class is incredibly competitive and can humble you very quickly," Roepers said. "Our goal is to repeat as both circuit and world champs, and we know in order to do that we will need to sail even better than last season."

That's because Plenty will have a target on its hull as every other boat in the fleet will consider the defending champions as the standard-bearer until proven otherwise. Roepers began to learn what that felt like after winning the California Cup and North American Championship.

"Clearly, we are going to be the focus of the other boats. We're going from the hunter to the hunted and we're up against a lot of people who want what we have," Roepers said. "We go into every race focusing on each start and each leg. We want to finish top four in each race and if we can do that we'll put ourselves in contention to win the regatta."

The Farr 40 International Circuit is returning to the West Coast for the 2015 season with competition kicking off next week with the Midwinter Championship, being held March 4-7 and hosted by San Diego Yacht Club.

"Based off the massive success of last year's circuit and the very positive response from the owners, we felt it was appropriate to return to California again this year," said Geoff Stagg, manager of the Farr 40 class. "And we are thrilled to hold an official circuit event in San Diego for the first time. It's an iconic venue that has long been associated with high-level sailboat racing and the San Diego Yacht Club has proven experience with running big-time events."

The Farr 40 Class Association conducted several owner's meetings toward the end of last season and there was unanimous agreement about returning to the West Coast.

"We were all very pleased with the venues and the overall setup of the circuit," Roepers said. "I think a big consideration is that the local fleet in California is very strong, very motivated and that adds to the overall caliber of competition."

"We are very pleased that the Farr 40 class has chosen to conduct one of its circuit events out of San Diego Yacht Club. It is widely recognized as one of the world's premiere one-design classes and brings an international flavor to our city," said commodore John Laun.

The America's Cup, sailboat racing's most renowned and revered event, was hosted by the San Diego Yacht Club in 1988, 1992 and 1995. There are two traditional courses the club uses for major regattas - north San Diego Bay for inshore racing and Coronado Shores for offshore action.

Laun said the wind velocity during the month of March tends to range from 10 to 25 knots. San Diego is blessed with a very reliable sea breeze that pipes up from the southwest or northwest during the afternoon.

Peter "Luigi" Reggio will serve as principal race officer for the Farr 40 Midwinter Championship and will be assisted by a team of seasoned volunteers from San Diego Yacht Club. Race committee chairman Summer Greene will head the SDYC contingent while waterfront director Jeff Johnson, a certified International Race Officer, will be heavily involved.

Rick Goebel is a longtime member of the San Diego Yacht Club who followed the Farr 40 class. Goebel recalled that many top sailors in the San Diego region have either owned or crewed aboard a Farr 40.

"The Farr 40 is such a cool boat and has such a competitive class. I've always thought about joining and finding out what it's like to be part of a grand prix one-design class," Goebel said.

Goebel, who has been racing a J/105 and an Etchells in recent years, recently purchased Farr 40 #134 Charisma and renamed it Insanity. It was originally known as Warpath and owned by the San Diego father-son team of Fred and Steve Howe.

Since taking possession of the boat in mid-December, Goebel has been busy getting it measured, weighed, renamed and outfitted. Professional rigger Will Van Cleef has overseen much of the work and Goebel was anxious to get Insanity on the water for some test sailing.

"This is a totally different platform from what I've become accustomed with the J/105," said Goebel, who has sailed aboard a Farr 40 several times before. "These boats truly are fine-tuned racing machines. The speed and acceleration is impressive."

Goebel is planning to do the entire 2015 circuit and has put together a strong team that includes several sailors with previous experience on other top Farr 40 crews. Steve Natvig, who runs the junior sailing program at Cabrillo Beach Yacht Club, will be aboard as tactician.

"This is a whole new ballgame than what my core crew has been doing the last few years so we understand it will be a slow process," Goebel said. "Our goal is to build as we go along. Going into this first regatta, my overriding thought is 'Please God, don't let me be last!' If we could finish in the top half of the fleet at Midwinters that would be a great way to start."