With competition this tight, consistency is key

If there was any takeaway for competitors in the regatta's first three races, it's that walking away with the title of Farr 40's Midwinters Champion is not going to be an easy feat. 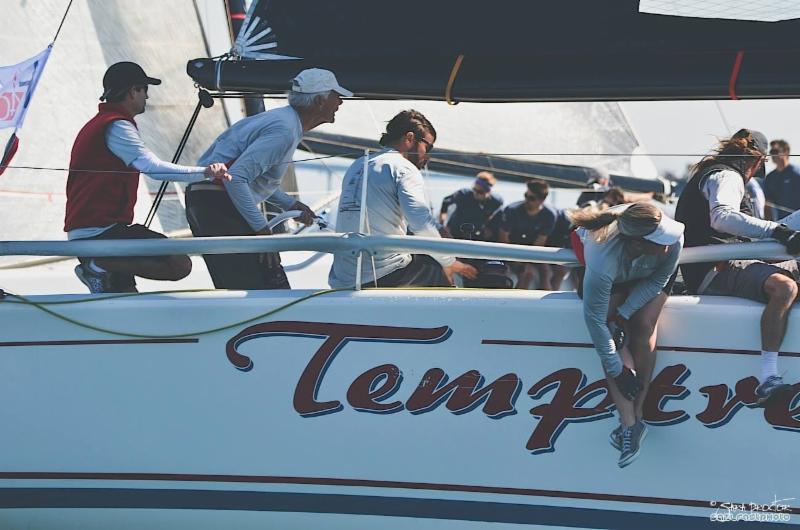 The day started with a one hour postponement, as the Race Committee and the competitors waited for the winds to fill in over San Diego Bay. Competitors took to the starting line at 12:30 on a W4 course of 1.1 nautical miles with approximately 7 Knots of breeze.

History seemed destined to repeat itself as Alex Roepers and his crew, last year's Farr 40 World Champions, led the class throughout the entirety of the first race. After last year's successes the Plenty crew picked up right where they left off.

Close behind the first place finisher was Enfant Terrible, who held on to second place even after an aggressive move at the gate mark. The incident took place when Enfant tacked immediately after rounding the leward mark, surprising Struntje light who was still sailing downwind. "We decided to make the tack move as we were approaching the gate mark," said Enfant skipper Alberto Rossi. 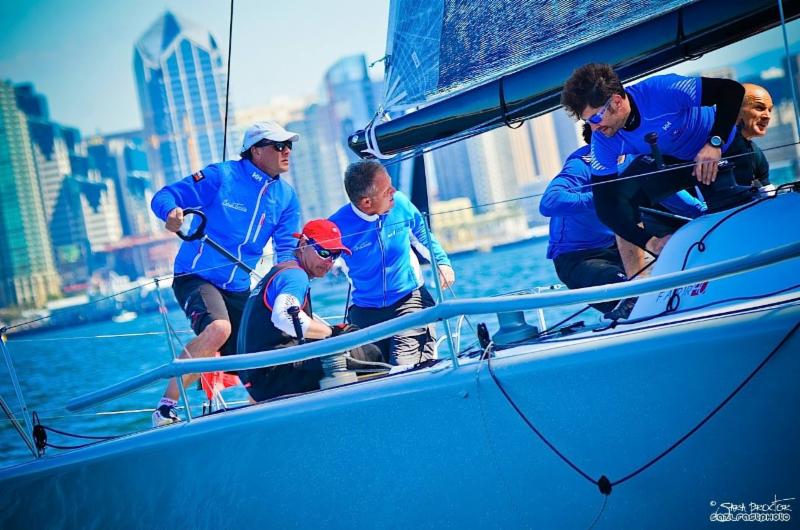 Struntje light may have been surprised by the hard tack in Race One, but they certainly came back with a vengeance for the remainder of the racing day. In Race Two, breezes of 10-15 kts propelled them to a first place finish, with Enfant finishing in secondplace for the second time.
Flash Gordon 6, helmed by skipper Helmut Jahn, finished behind them in third. Jahn and his crew took Flash to a first place finish in Race Three, with Struntje and Enfant rounding out the remaining top spots.Though each of the three races had a different winner, they all featured extremely tight competition. As the results after day one indicate, consistency will be the key to standing out in this highly talented Farr 40 pack.

With two second-place finishes and one third-place finish, Enfant Terrible proved to be the most consistent across the board on Day One. Skipper Alberto Rossi credits his success to how well his crew can work together."My team has been the same team for the past 7 years, almost the same time as the beginning of the Farr 40 class," Rossi said. "Today's success is because we work well together." Rossi and his crew have a 5 point lead ahead of Flash Gordon, but they know that holding onto that lead is a difficult task. "[The other teams] are all incredibly fast. Looking forward, our strategy is just to sail well."

If Rossi and his seven-year-crew is one end of the spectrum, local skipper Rick Goebel is the other. "Our crew has been together for about five days now," Goebel said. His boat, Insanity, was bought in mid-December and only put in the water one week before competition began. For Goebel and his crew, the Farr 40 Midwinters is just their way of breaking into the class. 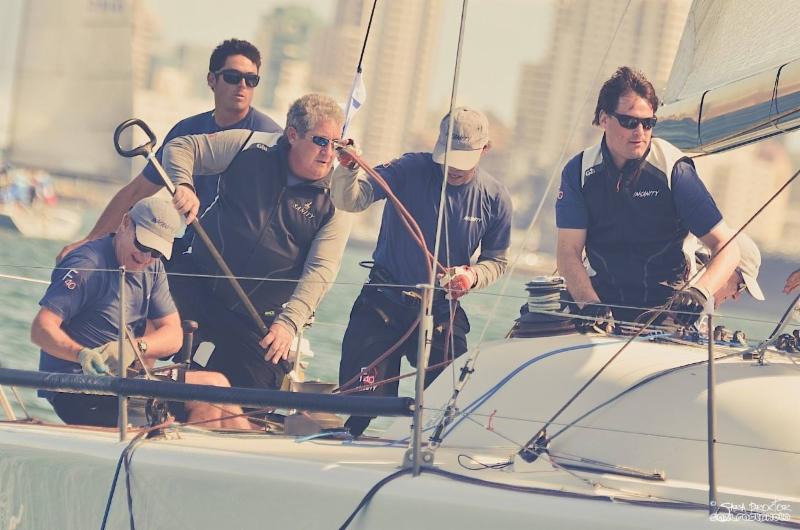 "The class is great. I mean, everyone here is good. You can't give an inch, or they'll take it," said the San Diegan skipper.  "We're just having a ton of fun, getting to know each other and looking forward to the next few days."