Going into the second day of racing at the Farr 40 Midwinter Championship, the Italian crew aboard Enfant Terrible faced the near impossible task of maintaining their lead against a class with some serious talent. The impossible must be an Italian special, because not only did they remain the overall scoreboard leaders, but they did so by placing 1st in two of the races and 4th in the last.

Day Two of the Farr 40 Midwinter Championship was the Maserati of San Diego Race Day, and it took place in San Diego Bay. The 11 teams took center stage on the busy waters, as harbor cruises, military vessels and spectator boats scurried along the outskirts of the racing course.  “You all are providing the sailing fans on the 19th floor of the ESET building downtown with some truly exciting racing,” said Robin Dishon, whose office overlooks the course. 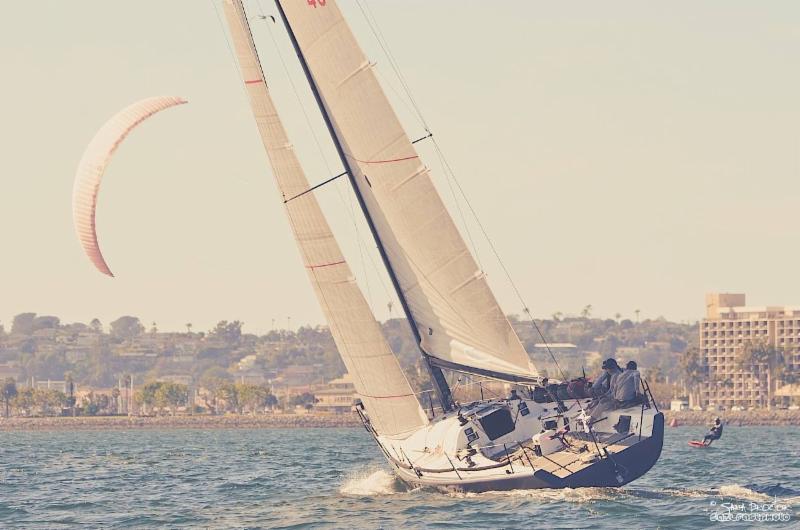 More than just a beautiful backdrop, the city-front venue offers notoriously shifty winds, forcing teams to constantly re-evaluate and think through every maneuver to get the most out of the best puffs. “The conditions were difficult but great,” says Wolfgang Schaefer, whose boat Struntje light has been a top competitor. “The wind was shifty and puffy and the tide stayed on top. It was pretty similar to lake sailing.”

Schaefer and his crew, who have been together for three years, trailed close behind Enfant Terrible throughout the first race of the day to finish in 2nd place. Alex Roeper’s Plenty was pushing hard from behind and finished in 3rd place.


For the first two races of Day Two, the Race Committee opted for a one 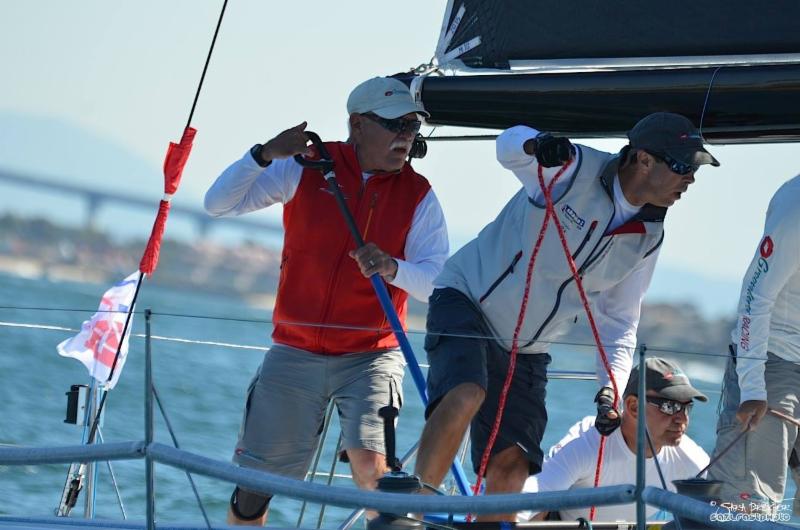 nautical mile long W4. “I can’t remember the last time we’ve done a mile beat,” said Groovederci owner John Demourkas. “In close quarters, it’s very invigorating to be around so many boats going the same speed. It’s like a match race scramble.”
Demourkas’s crew made it out of the scramble to finish 4th in the second race of the day. Roepers and Plenty found the perfect puff on the first downwind leg, taking them from their original position in 6th place to their finish at 3rd place. Enfant Terrible and Flash Gordon 6 finished 1st and 2nd, respectively.
The momentum Plenty gained in Race 5 carried over into their last race of the day, where they held a substantial lead throughout the five leg course. Their first place finish bumped them up to the second spot in the overall scoreboard, with Struntje behind by two points. 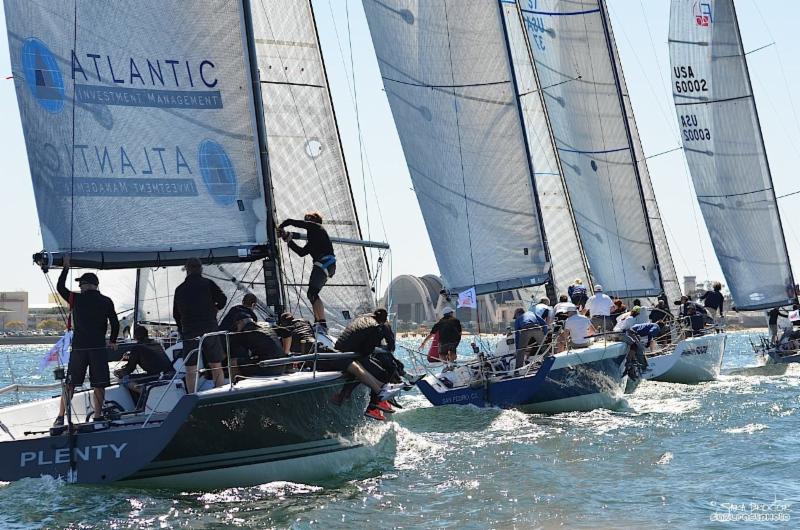 Tomorrow’s racing will take place on the ocean venue, where substantial breeze is expected to fill in throughout the afternoon. The first warning signal scheduled for 11:30am.